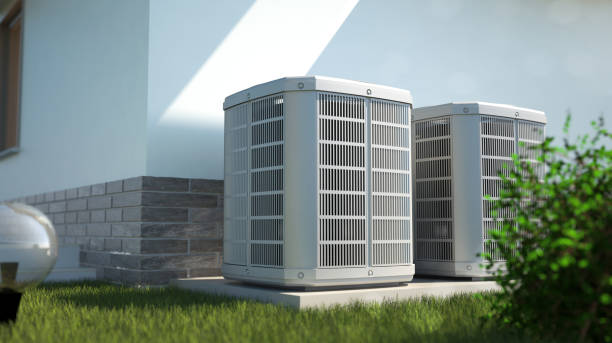 HVAC contractors install and maintain a wide variety of appliances that can be fueled by propane, natural gas or electricity. These include furnaces for heating systems in homes, as well oil storage tanks, or boilers or hot water tanks. The code requirement within their jurisdiction affects how HVAC specialists work with different fuels types, so it's important to understand this code before starting any project.

An oil leak can be financially devastating to HVAC contracting companies if they trigger an environmental incident. Contamination from heating oils often occurs in environments where there's no clear party responsible for cleanup and defense costs following an environmental loss. The blame typically falls solely onto those who maintained it (ie. HVAC contractor). The upward trend of these expenditures has been spurred primarily by growing standards set forth throughout society, as well as legislation passed by our government officials aimed at protecting against such accidents/incidents.

When dealing with oil heating systems, HVAC contractors servicing residential or commercial properties may find themselves at risk for litigation if they do not take precautions when cleaning up any pollution incidents. They should be mindful of who is ultimately responsible to pay for any damages caused by negligence and ensure they have the appropriate insurance in place. Though there are multiple parties involved in the HVAC industries who could be “to blame” - the difficulty in trying to recoup damages from an installer or manufacturer is a long-standing issue that has rarely been successful. Usually, it is those who are conducting the ongoing maintenance of the unit which are exposed to the highest amount of liability.

The contractors who provide HVAC services owe a high standard of care to their clients. This standard may differ depending on the province or territory where they perform operations, and guidelines set forth by prescribed codes in effect with governing body. Similarly, there are numerous municipal, provincial, and federal environmental laws regulating reporting cleanup for contamination, which means that these matters vary greatly dependent upon location.

The most common cause of loss for HVAC contractors is human error. Oil filters are often improperly installed or lost due to improper installation, which can lead to a failure in the system and create a pollution incident/leak.

When HVAC contractors arrive at their clients’ homes for annual maintenance, they often replace oil filters and install new gaskets on the filter canister. In one example, the contractor failed to remove an old seal before installing the new one, which resulted in a faulty seal, exposing the regulators inside. The homeowner called the contractor after three days to report a leak. The insured plumber attended and shut off the oil supply valve, but it was too late. Escaped fuel had already travelled along the concrete floor towards drain, while also migrating beneath ground level through cracks in basement wall. Oil from the sump pit had been travelled into a municipal ditch, which created an incident where heating oil had flowed almost 100 yards away from the residence. The cost for remediation came out almost $200,000.

An HVAC contractor specializes in the installation and maintenance of heating systems for residential homes, including servicing oil-heated furnaces connected to tanks that are installed with new fuel filter cartridges as part service calls. The HVAC contractor changed out old filters during business hours without incident last week. They suddenly receive a call from the homeowner claiming they detected a leak on their couch after it was cleaned by another company earlier that day.

After further investigation, it became clear that the escaped fuel made its way through cracks in the floor slab and travelled through groundwater to surrounding properties. This was now not only an isolated incident to the homeowner but involved the entire community. The cause appeared to be due in part from poorly sealed gaskets which prevented proper filter sealing when reassembled by the contractor. Remediation efforts included full excavation along with relocation for homeowners who were forced into temporary housing, totaling nearly $600,000.

There is a risk of corrosion within steel heating oil tanks caused by the presence of water, which can penetrate through small holes resulting in damage. The painted exterior typically hides these issues but eventually “blisters” when it becomes trapped between steel and paint layers. This is because there isn't room for escaping moisture under such pressure inside the thick walls. The key to preventing fuel tank corrosion is ensuring there's no water within the tank. Water can enter a tank from various sources, so it is important to be aware of the below factors:

To prevent corrosion, annual maintenance must include checks and removal of water within the tank. The use of specialized instrumentation is also available for ultrasonic measurement to detect pitting and corrosion through wall thickness variations in tanks. It should be noted though HVAC contractors are advised consult their relevant guidelines when performing any type test on water filled boilers since there may still exist some discrepancies between what's allowed.

Pipes and tanks are often exposed to their environment. Inside, pipes can be damaged by impact with doors or other human activity while outside they need protection from snowfall, as well as ice that falls off roofs or snow that piles up against them. Humidity and fluctuations in temperature can reduce the life expectancy of a heating system. Environmental elements such as fluctuating humidity or extreme lows will cause condensation within tanks and should be carefully monitored.

Loss prevention is a crucial component to avoid devastating environmental accidents, and the HVAC contractor plays an important role in providing effective risk management. The work they do can naturally leave them vulnerable if it involves installation or maintenance of oil heating systems or appliances. This is because there are annual servicing requirements for these pieces of equipment, which makes contractors susceptible targets for litigation in the event of a pollution incident.

An example of best practice to mitigate HVAC contracting risk would be to included a standardized wording in every contract or invoice, which outlines your scope of service with warnings and recommendations. When it comes to risk management, documentation is your best friend and in the event of a worst-case scenario, you can demonstrate you were following best practices, and clearly advised on limitations of the work provided.

Maintaining proactive risk management can help HVAC contractors to prevent environmental losses, and they may also be beneficial for the contractor if an action is brought against them. A standardized warning form provided immediately following servicing is the best way to mitigate your risk. This shows you were exercising best practice in protecting your client's property from any damages incurred during installation or repair work on their HVAC systems. Hopefully you never end up in a legal dispute, but if you do, this documentation will be your best friend! 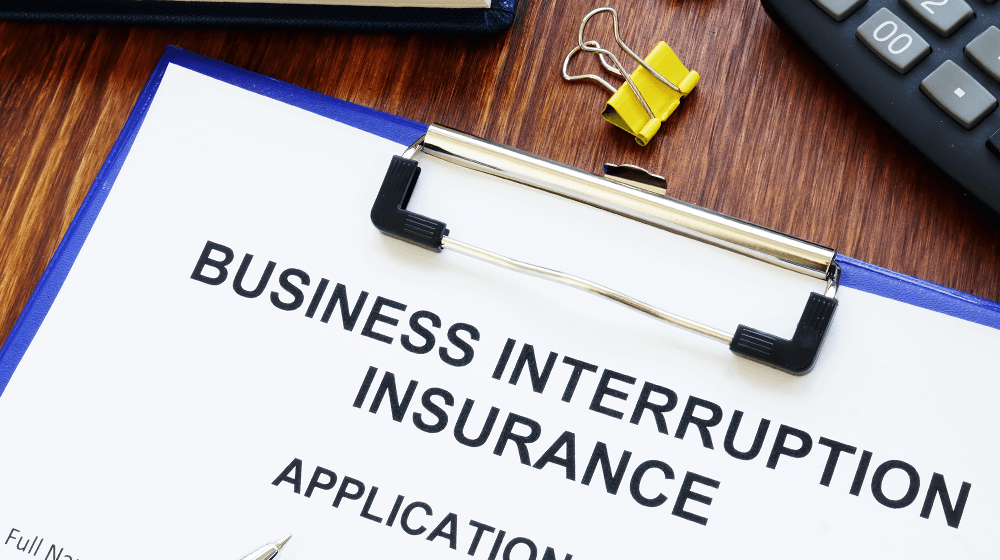 What Is Business Interruption Insurance? 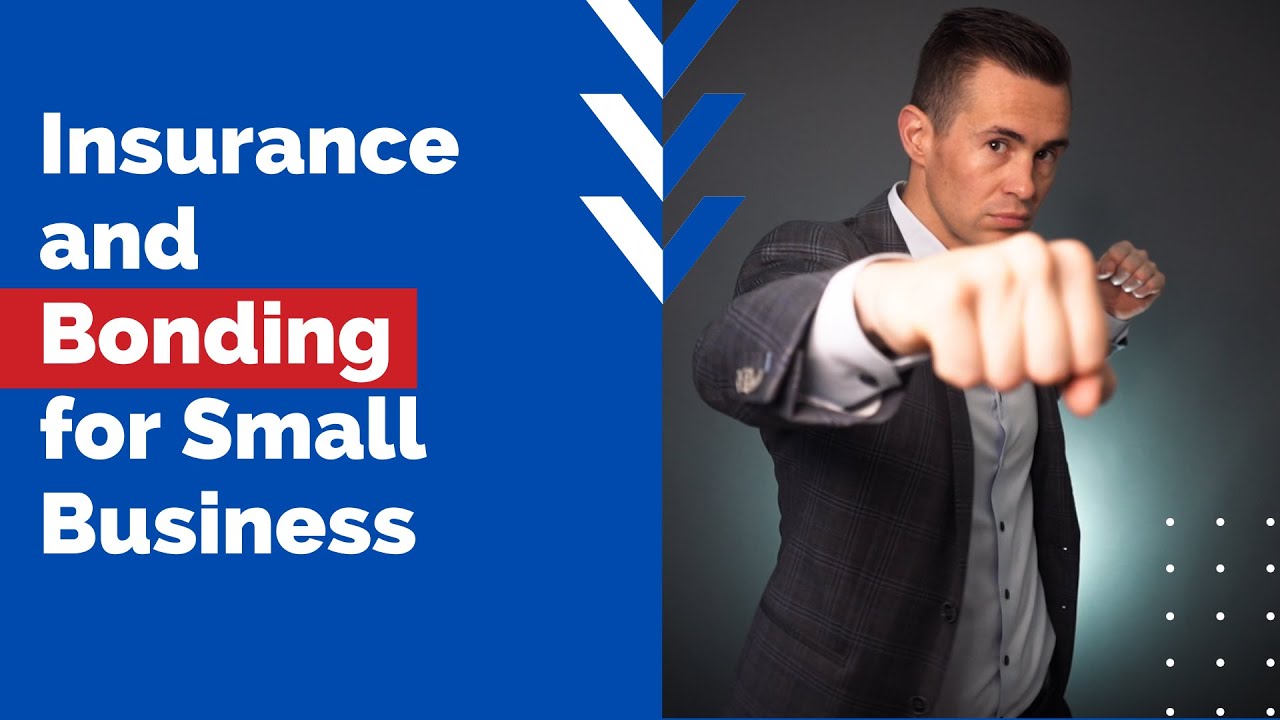 How to Get Bonded and Insured for a Small Business?

How to Get Bonded and Insured for a Small Business? Learn about the requirements for bonding and insurance coverage, as well as the types of bonds. How Much Is Liability Insurance for a Small Business?